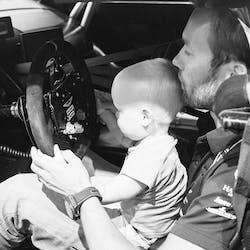 What Is The Very First Thing That @Dhh Sold For Money?

Around 13 years of age, young David Heinemeier Hansson started with a small collection of Magic the Gathering cards and traded up to a collection of cards worth 50x more than his original deck.

How Do You Amass Wealth In Card Games?

David says that in order to create a high multiplier on a single card, you have to apply the same techniques that salespeople use in business; you have to figure out how to turn something of lesser value and present it as something worth much more.

What Value Did David Heinemeier Hansson Find In Manual Labor?

David says everyone should work jobs that they hate for a short period of time to gather appreciation for work they would want to pursue.

If you become a CEO of a company without having had any experience working for someone else, you might make a ton of first-time mistakes, and be a bad boss.

Having worked in non-glamorous jobs had prepared David for what it takes to be a good manager, and he can now make decisions that are better for his employees, and therefore his company at large.

What Made Dhh Choose The Path Of Self Employment ?

The amount of influence you can have from the bottom of an organization is very limited. The only way to make sure all the things you want changed are in fact changed is by being in charge, by running the whole organization.

What Role Model Led Dhh To Focus On A Scalable Business Opportunity?

While growing up, David's dad was fixing electronics for people, and DHH realized that a service job was not going to yield much more output than effort put into it. This and similar life lessons have encourage David to put himself in a position where 1 unit of work in, would yield 1000 back out.

How Did Dhh's Upbringing Help To Set His Entrepreneurial Path In Life?

David's mom never associated his self worth with the grades that he was getting at school, which encouraged him to optimize time for doing what he truly wanted to achieve, instead of following the path everyone else was on.

What Does Dhh Think About Spoiling Kids With Toys?

DHH just recently learned that in comparison to his peers, his family was actually quite poor growing up, but thanks to his mom's efforts, he's not realized it till this day.

Now that he is able to afford to spoil his kids with abundance of things, he does not think that is actually a good idea, but not for the reasons you might think. DHH lets his kids have any toys they want, but he is also teaching them about the value of passion, as opposed to the value of a reward.

The society tends to teach kids that had work is important, even if you do not like what you work on, all in pursuit of material goods. David says that all the toys in the world are not going to make a happy kid, at least not in the long-run, but working on something that truly matters will.

Why Is It Important To Pursue Your Passion In Life?

If you define your self-worth by outcomes defined as "successful" by the society around you, chances are you end up unhappy. If on the other hand, you pursue what you care about, it won't matter whether those things turn out successful or not, as long as you are happy doing them.

How Much Screen Time Is Too Much?

Let your kids have as much screen time as they want. Restricting screen time creates scarcity and builds desire for it. Let them manage their own time, and eventually kids get tired of screens. One they are tired, be there to help them find something better to do.