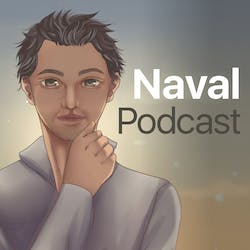 Let's do this last tweet. You said. Don't partner with cynics and pessimists. Their beliefs are self fulfilling. Yeah, essentially, to create things, you have to be a rational optimist, rational in the sense that you have to see the world for what it really is. And yet you have to be optimistic about your own capabilities and your ability to get things done. We all know people who are consistently pessimistic who will shoot down everything. Everyone in their life has, like the helpful critical guy, right? He thinks he's being helpful, but he's actually being critical, and he's a downer on everything.

That person will not only never do anything great in their lives, they will prevent other people around them for doing something great. They think their job is to shoot holes in things, and it's okay to shoot holes in things as long as you come with a solution. There's also the classic like military line. Either lead, follow or get out of the way, and these people want 1/4 option where they don't want to lead. They don't want to follow, but they don't want to get out of the way they want to tell you why the things not work and all the really successful people I know have a very strong action bias. They just do things. The easiest way to figure out if something's viable or not is by doing it that these do the first step in the second step in the third and then decide. So if you want to be successful in life, creating wealth or having good relationships or being fit or even being happy, you need to have an action bias towards getting what you want. And you have to be optimistic about it,

not irrationally. You know there's nothing worse than someone who's this foolhardy and cheese. It's not work this as a rational optimist, but you have to be rational. No, all the pitfalls know the downsides, but still keep your chin up. You've got one life on this planet. Why not try to build something big? This is the beauty of Elon Musk and why I think inspire so many people. Assistant takes on really, really big, audacious tasks, and he provides an example for people to think big, and it takes a lot of work to build even small things. I don't think the corner grocery store owner is working any less hard than Elon Musk or pouring any less sweat and toil into it may be even more.

But for whatever reason, education circumstance, they didn't get the chance. They think as big, so the outcome's not as big. So it's just better to think big, obviously rationally, within your means, to stay optimistic, the cynics of the pessimists, what they're really saying and fortunate. But they're basically saying, I have given up. I don't think I could do anything. And so the world to me just looks like a world where nobody can do anything. And so why should you go do something?

Because if you fail that I'm right, which is great. But if you succeed, then you just make me look bad. Yeah, it's probably better to be irrational optimists than it is to be irrational cynic. Yeah, there's a completely rational frame on why you should be an optimist. Historically, if you go back 2000 years. 5000. There's 10,000 years to people wandering through the jungle. They hear a tiger one's an optimist and says, Oh, it's not heading our way. The Oakland says I'm a pessimist.

I'm outta here and the pessimists runs and survives, and the optimist gets eaten. So we descended from pessimists, were genetically hardwired to be pessimists. But modern society is far, far safer. There no tigers wandering down the street. It's very unlikely that you will end up in total ruin, although you should avoid total ruin, much more likely that the upside is unlimited and the downside is limited. So adapting for modern society means overriding your pessimism and taking slightly irrationally optimistic bets because the upside is unlimited. If you start the next space expert, Tesla or uber, you could make billions of dollars of value for society and for yourself and change the world. And if you fail, what's the big deal?

You lost a few $1,000,000 invested money, and they've got plenty more, and that's the bet they take the chances that you will succeed. It made sense to be pessimistic in the past. It makes sense to be optimistic today, especially if you're educated living in a first world country. Even if you're a real country, actually think the economic I've had an opportunity to Third World countries are much larger. The One thing you have to avoid is the risk of ruin. Ruin means to stay out of jail, so don't do anything that's illegal. It's never worth it to wear an orange jumpsuit and stay out of total catastrophic loss. That could mean that you stay out of things that could be physically dangerous, hurt your body. You have to watch your health and stay out of things that can cause you to lose all of your capital of all of your savings. Little gamble,

everything at one go, but you take rationally optimistic bets with big upside. I think there's people that will try and build up your ideas and build on your ideas, no matter how far freshly might seem. And then there are people who will list of all the obvious exceptions, no matter how obvious they are. And fortunately in the start up world, I don't even really get exposed to the people that are giving you the obvious exceptions and all the reasons it's not going to work. I barely get exposed that anymore. That's Twitter's for Scott Adams got so annoyed by this baby came with the phrase an acronym, which is but of course, there are obvious exceptions. B o c t a l e. And he used to like pin that acronym but the end of his articles for a while. But Twitter, It's just like overrun with pictures.

And what exactly is your pointing out Silicon Valley has learned? But the upside is so great that you never looked down on the sloppy kid, was wearing a hoody and has, like, coffee on his shoes and just look like a slob because you don't know if he's gonna be the next Mark Zuckerberg or the next re Hoffman, that you gotta treat everybody with respect. You gotta look up thio every possibility and opportunity because the upside is so unlimited. The downside is so limited in the modern world, especially with financial assets and instruments.