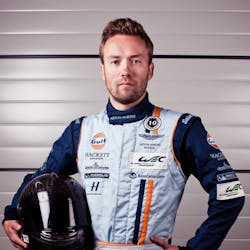 @DHH on startups and parenting in the new age
Geek At Sea
Smashnotes
0:00 0:00

Why does David Heinemeier Hansson (@DHH) still go to work now that he is a millionaire ?

Given that neither Jason (co-founder of Basecamp) nor David H. Hansson need to go to work, they should only continue because working brings them joy. DHH could start another company, or start another pursuit, but he chooses not to. Basecamp is a place that allows David to program and Jason to design, and that works for them, on their terms. Same goes for growing the company. If they were to try and get really big, eventually they would hit a point where they would not be able to do their favorite things, and that would not be enjoyable, so why do it?

Can you only work on what you like as the company gets bigger?

At the early days of Basecamp David had to do a lot, as he was the only technical person, all the technical issues therefore were his. As they grew, he was able to hire people to do this work for him, but in that transition more management type of work was created, which once again required his attention.

DHH says that if you are fortunate to make authentic choices about the way your life should be, it is your obligation to do so. Yet, he knows a lot of people who can, but don't do, and that's just sad.

Can you only do your favorite things all the time?

You can get to do your favorite things most of the time, but probably not all of the time. If you are fortunate to be successful in what you do, you would need to have to consciously design your life choices.

Stoic philosophy teaches people to re-examine how they view the world, and by adjusting one's expectations, thus improving the way we live life. The approach was developed about 3,000 years ago and has worked since, not a bad place to start.

How to live the good life?

Stoicism is this ancient Greek and Roman philosophy school that focuses a lot on our expectations and how the things that we think that are bad or good are often bad or good because we had expectations of how they should be. So if we can change the way we set expectations, we can change how we feel about the outcome, making ourselves happier in the process.

Existentialism is a notion that we are free to make our own choices. This freedom can be scary, and to protect ourselves we pretend to not have a choice.

A lot of people end up unhappy because they have not sat down and faced their own view of the world and carefully examined whether what they are doing is getting them to what they truly want. Which of course requires an understanding of what you actually want in life.

Taking the time to answer these questions is scary.

The definition of a job is changing. Can we work differently now??

Absolutely. At Basecamp they only work 40 hours a week, and in the summer they take Fridays off and work for 32 hours and enjoy their long weekends. This is the choice they made as the company, and as a result the people are happier and healthier, living better lives. This allows both a happy career and a happy life. Work-life-balance can absolutely happen if you make it a priority.

Is it possible to maintain a life-work balance?

Of course it is, but you have to fill your scale with both. Challenging and rewarding work can be incredibly rewarding, and you can balance that with meaningful activities outside of work that make you happy!

How did DHH figure out his own metric for success?

In his third year in high school, for example, DHH realized he did not want to do math homework, so he stopped. He failed the class, but passed the year, and all the extra time allowed him to spend time playing video games and programming.

Survivorship bias aside, it's worked out pretty well for David.

Why did @DHH consciously near-fail a class in high school?

At some point DHH made a conscious decision to stop working on his homework so that he could instead find the time to play with computers and learn something new.

What is the meaning of "It does not have to be crazy at work"?

A lot of people get wrapped up into what work should look like, that being busy is what work is, and being busy is good. David Heinemeier Hansson and his team try to advocate for the calm company, that busy is not the right answer, that work does not have to be crazy. It is better when it is come, you do bette when you do not work 100 hours with unrealistic deadlines and an overflowing inbox. Weekends should be yours. You should get enough sleep...etc. 8 hours a day is enough. Time for self is important. Everything does not have to be a rush.

What do you mean that slow is fast?

Calm and careful inputs on the steering wheel drive the race car faster, and the same is true in business and work. If you are frantic and your hair is constantly on fire you might be busy, but it does not mean you are doing the right things, and moving the right things forward.

How do you make work meaningful?

Part of it is figuring out what work is, and what your aspirations and goals are. Maybe you do not have to crush the competition all the time, and to dominate all the time. War mentality and zero-sum approach to everything is not healthy. You do not have to strive to annihilate each other.

Does money spoil our children?

David has a suspicion that most spoiled kids end up that way not because they had access to money, but because their parents brought them up to be spoiled.

If you have the means, it would be wrong to pretend that you cannot afford certain luxuries for your children, but money should not be raised on a pedestal as the ultimate prize.

Instead, teach your kids lessons on how to live a good life.

DHH says he did not work harder than most people, but he ended up creating something that many people found valuable, and the economic system rewarded him for it.