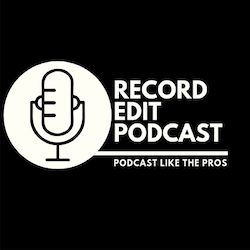 ► How can you find podcast editing work as a freelancer?

While just starting out, Courtland Allen was set on doing the indiehackers.com podcast completely on his own, not so much because he did not need help, but because he did not have the time to hire the right person, to train them, get them up to speed..etc.

Bradley Denham was persistent, he kept asking, and eventually he sent Courtland an audio file with and without Bradley's edits. There and then it became apparent that Courtland could use an editor, and Bradley was his top choice.

► Why should a podcast host hire an editor?

An editor who knows what they are doing will 100% do a better job at editing than a host would, giving the host more time to focus on all the other things that still need to be done.

► How should you price a podcast editing service?

Price for the amount of time that you are saving the host. Courtland was immediately sold on Bradley's podcast editing services because it was saving him hours every day.

► How is Indie Hacker podcast performing over time?

Courtland started with ~800 downloads per episode, distributed to his early newsletter subscribers, and now he is getting around 50,000 downloads each episode.

► Should every business have a podcast?

Podcast could have a huge long-term value to a business.

Indie Hackers podcast started as a side project and has been that way for two years. People would read the website blog and the forum, and then come to listen to the podcast. Lately, however, it has flipped, where people are now discovering the podcast first, and then visiting Courtland's website.

► How does Courtland Allen prepare for a podcast interview?

When preparing for Indie Hackers podcast interviews, Courtland would typically spend a few hours on research: reading about his guests, what they have written, listen to podcast where they have spoken before ...etc. Good preparation could mean a difference between a great and a mediocre interview.

He recommend to plan to ask deeper questions, combining something he wants to know with something the guest is passionate about, thus helping the guest be more energetic and engaged with the answer. The other trick is to position the questions in way that his audience can relate to the most, making them very curious to hear the answer.

Lastly, Courtland says that if you can set your guest with a great intro, that usually goes a long way. Get them excited right from the start, and the energy will follow through the interview.

► Why did Courtland Allen start a podcast?

He did not want to start a podcast, but when Jeff Meyerson volunteered to help, and gave Courtland an entire playbook on doing a podcast, Courtland had no choice. He started a podcast.

► How did Courtland Allen overcome anxiety when starting the podcast?

Courtland says the podcast was nerve-wracking for him the first time because outside of editing, very little was actually in his control.

Being a perfectionist, he tries to only work on projects where he is forced to ship, preventing him from working on his creation, indefinitely. Even podcast took a couple of months to launch, once first three episodes were ready. Now he feels good about it though, and only feels guilty if he hasn't done sufficient prep for an interview.

Practice makes perfect. Generally speaking, if you are doing an interview style podcast, you audience is going to listen to your guest most of the time, and judge the show by their performance. Your job is to set the guest for success.

► What is one advice for someone starting a new podcast?

You should know what you want to get out of it. If the download numbers are not huge at the start, and most likely they won't be, then you need a reason to keep you motivated. A podcast could be a great idea for growing your business, or to meet new people. Commit to a set number of episodes and don't quit.

Prepare in advance, and make sure that you allocate plenty of time to work on the podcast. Not only will you actually enjoy the process if you give it enough time, but your show will be better for it.

► What is a good way to stay motivated while working on a podcast?

To stay motivated on Indie Hackers podcast, Courtland committed to releasing at least 100 episodes, and to force himself to actually do it, he named the first episode "001", thus leaving a constant remind that he wasn't done yet, at least not until the episode count hit a 100.