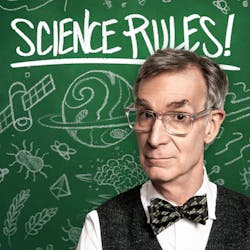 What is Alie Ward’s mission?

Scientists have such a huge wealth of knowledge, and Ali Ward wants people to fall in love with them.

Why do we need to understand science?

Science does not stop when you graduate high-school. Science is everywhere and it is incredible. It’s in whiskey, it’s in ice cream, it’s in who you fall in love with. Letting people get more familiar with science in their adult lives will not only change lives, but will give people context around their lives.

Do you have to be smart to understand science?

We all really science people. If you’ve ever ridden in a car, seen a doctor, or eaten something that’s cooked, you’re a science person. The biggest misconception seems to be that in order to love science, you have to already understand science, but that's not true. Science is all about being curios and asking questions. You don't have to know anything to start, just be curious.

What is the first step to learning science?

Can turtles get out of their shells?

No, turtle shells are fused to their bodies and they cannot take the shell off.

You can learn more about Turtles on Alie's podcast - Ologies.

How can we stop a mass destruction of the insect population worldwide?

There aren’t any good hard global statistics of insects, but it has been suggested that bees, for example, are dying because of inbreeding. We got so carried away using honey bees to pollinate crops, we basically ruined them in the process.

Did you know some cultures eat insects? One thing we could do is to cultivate insects as a food source, thus protecting the native population of those tasties. Also, a lobster is basically a big cricket, maybe we should eat more crickets?

Humans have to accept that we are running the show and are in charge of the planet. We need to start getting people involved and engaged in the world.

Why did Bill Nye become an engineer?

Bill Nye became a mechanical engineer because he thought that "bicycles and airplanes were the coolest things."

What is the best way to carbon offset computer usage?

You can install solar panels or talk with your power company about having the ability to buy green electricity from renewable sources.

How can we provide a high quality life for all people?

Clean water, reliable renewable energy, and education for everyone.

What is the best way to get kids excited about science?

Get kids really excited about learning science. Ask them to pick their favorite thing and then write out all the aspects of science that makes it exist. For example, if they love coffee, think about the beans, the agriculture, the roasting. Dive into each one of those aspects, figure out all the details..etc.

What can we do to have a meaningful impact on reducing emissions ?

Vote! Get everyone to vote. The U.S. influences the world culturally. What we do in the U.S. is critical to what goes on in the world. Electrify all ground transportation, solve the problem of using fossil fuels in air transportation. The power of voting is critical.

What is the least known ology?

Ferroequinology, which is the study of trains.

What is a branch of knowledge that people should know more about?

Eschatology, it’s the study of the apocalypse.

What is one thing that excites Alie Ward about science?

Our molecules will eventually disintegrate.