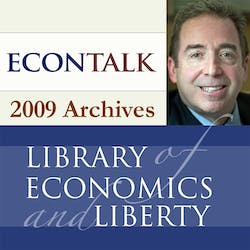 Calomiris on the Financial Crisis

Charles Calomiris of Columbia Business School talks with EconTalk host Russ Roberts about the financial crisis. Calomiris argues that it is important to put the crisis in historical perspective in the context of other bank crises. He argues that bank crises differ widely across time and place--some times and some places are placid, others are prone to regular crises. Calomiris argues that frequent episodes of failure are tied to government guarantees such as various forms of deposit insurance or similar incentives for risk-taking. Looking at the current crisis, Calomiris indicts "too big to fail," the government's reliance on ratings agencies as a measure of risk, and poor corporate governance as the key causes.