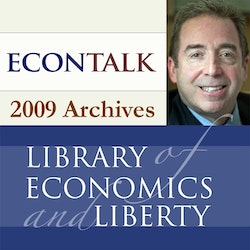 Gary Stern on Too Big to Fail

Gary Stern, former President of the Minneapolis Federal Reserve Bank, talks with EconTalk host Russ Roberts about Stern's book, Too Big To Fail (co-authored with Ron Feldman), a prescient warning of the moral hazard created when government rescues creditors of financial institutions from the consequences of bankruptcy. Stern traces the origins of "too big to fail" to the rescue of Continental Illinois in 1984 and then follows more recent rescues including those of the current crisis. The conversation explores the incentive effects of such rescues on the decision-making by executives in large financial institutions. The discussion concludes with Stern's ideas for alternative ways to deal with large, troubled financial institutions.