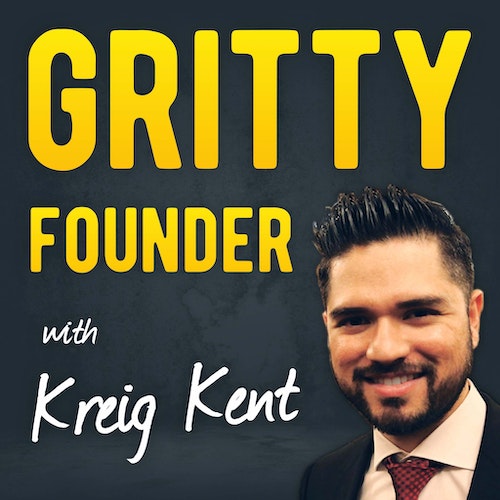 Gritty Founder is a daily podcast series where business founders share their stories of grit, determination, and success.

The podcast celebrates the heroes who build the companies of their dreams and never quit along the way. The podcast features some of the top founders in Silicon Valley and has been in the making for a long time.

Gritty Founder is the first daily podcast in the business category that is currently live. It is meant to encourage founders and provide a daily dose of entrepreneurial wisdom and strategic advice for founders all over the world. You can learn more at https://grittyfounder.com

This is the story of how Wade Foster and team were able to build Zapier as a fully remote company, from the very first Zap to their very first customer, to 3 million customers at the taping of this episode. Wade talks about persistence, passion, Y Combinator and impeccable focus on customer success, and of course, advice for the fellow entrepreneurs.

How did Zapier start?
What was the first ever Zap?
What attracted Zapier team to Y Combinator?
What is a good productivity hack for founders using Zapier?
Why did Zapier choose to be a remote company?
What does every potential entrepreneur need to know about startups?
How do you prioritize customer feedback?

How did Zapier start?

Bryan Helmig and Wade Foster were living in Columbia, Missouri, a college town of 100k people, where they were known as "The people who could do internet stuff."

Every now and then they would get asked to do one-off API integrations, and eventually, they realized it could be a business all on its own.

What was the first ever Zap?

The team took their business idea to Startup Weekend and pitched that anyone who pays them through PayPal would be able to log their name into Highrise CRM, and get a confirmation text about it.

While already having integrations with big tech companies like PayPal, Twilio, Mailchimp and Basecamp, Zapier started to get requests for more and more integrations with the tech giants. Being in Silicon Valley seemed like a good way to accelerate those integrations and to make sure they did it right. Indeed, going through Y Combinator proved useful in achieving their goals.

What is a good productivity hack for founders using Zapier?

Wade is using Zapier to automated their weekly executive standup with a weekly Zap that creates all of the required documents, calendar invites and emails, and reminds folks to fill out their section.

You could do it manually, but this way he never has to think about it once the first Zap is created!

Why did Zapier choose to be a remote company?

Zapier never specifically planned to be a remote company, instead it just happened naturally. Early on, they never had an office, while doing it as a side project, and once the company great, and their newly hired employees were from 5 different places in the country, remote seemed to work well, so they just kept going.

What does every potential entrepreneur need to know about startups?

No one gives you an assignment and tells you what the right thing to do, but the best thing you can do is to find a problem and to start solving it. Eventually you will hone in on something that works.

How do you prioritize customer feedback?

In Zapier's case, it seems that focusing on one problem and making sure they were the best at solving that one problem was the key to their success.