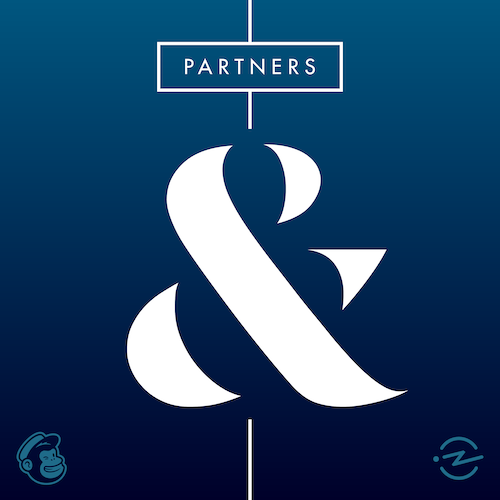 On this podcast, two partners tell their shared story: how they found each other, and what it took to make their partnership work. Featuring all different kinds of partnerships—business, romantic, creative—the show is an intimate portrait of two people who have managed to make something together. Partners is made by Song Exploder creator and host Hrishikesh Hirway. A Mailchimp podcast, made in partnership with Radiotopia, from PRX.

If someone offered you a Billion dollars, would you take it? This is the story behind founding of Instagram, how they met, what it took to finally launch the product to the world, and why they decided to sell, while having all the intentions to remain an independent company.

What made Kevin Systrom and Mike Krieger perfect for each other?
What was bourbon?
How did Kevin Systrom find his Instagram co-founder Mike?
What was the turning point for Instagram?
What happened on the day Instagram launched to the world?
What's Kevin Systrom's trick to disagreeing respectfully?
Why did Instagram sell to Facebook?
What caused Instagram founders to finally leave Facebook?
How do co-founders bond?

What made Kevin Systrom and Mike Krieger perfect for each other?

Co-founders of Instagram were both builders, yearning to make something that billions of people would use.

It was a check-in app that let you check in a different. It was a way of sharing what you were up to and where you were with the twist that you could add photos and videos to it, which in 2009 was actually the only one to do that. Even though you had to jump through all these hoops to upload a photo on bourbon, people were doing it.

How did Kevin Systrom find his Instagram co-founder Mike?

Kevin's first investor gave him money and instructed Kevin to find a co-founder because in his mind, the best companies in the world all had co-founders. A team was just more likely to succeed than a solo founder.

Kevin had met Mike Krieger before and was impressed with him, so next time they met, Kevin inevitably pitched the idea.

They met up for a day and prototype-worked together on a fake project. That was an enjoyable experience. Eventually, the two partnered up.

Mike and Kevin had been working on Bourbon for awhile, and one day when meeting their early investor, they realized that the application was too complex and lacked focus; they could not even explain what it did.

They went back to the office, sat in front of a white board and stripped everything away, focusing just on the core components that would effectively become Instagram.

In the course of next two weeks the first version of Instagram was born.

What happened on the day Instagram launched to the world?

October 6, 2010. Kevin and Mike officially launched Instagram to the world, and 25,000 people signed up to use it, on the first day. The servers were melting.

Do not be a jerk and make your counterparty feel bad about feeling differently. Be firm, but explain your reasoning.

The founders of Instagram really did not want to sell and to become a part of some other large company, but when Facebook offered a Billion dollars for a company with 11 employees that's only been around for a year, and proposed for Instagram to stay as independent entity inside Facebook, it felt right.

Why sell a startup instead of continuing to grow it
Selling "early" can enable the founding team to take some future risk off t ...
14:06

They both got to a point where they were not growing personally anymore and were ready for a new challenge.

How do co-founders bond?

When people are trying to throw you under the bus, to kill your company, and you fight through it together, you really bond.

Podcast summaries for the best in startups, technology, and personal health. Read it in a minute or less. delivered every morning. It's free!