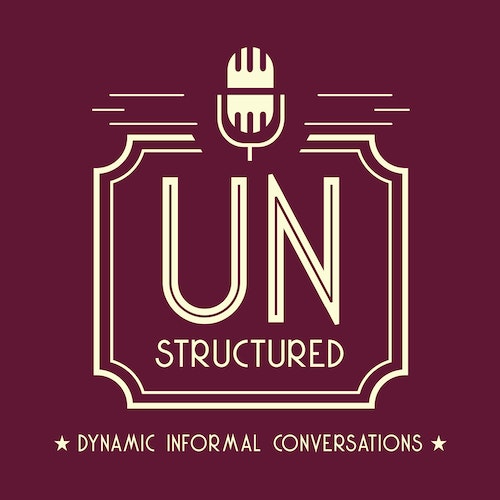 Unstructured is a chat with people who are changing the world around them, through teaching, creating, or just living as an example.
And when meeting folks, we can learn from each other, be inspired, and maybe even make a new friend, together. From Authors to Documentary filmmakers and Ultrarunners to Innovation experts, we look at what makes people think, move, thrive and persevere.

Kenneth Lanning is currently a consultant in the area of crimes against children. Before retiring in 2000, he was a Special Agent with the FBI for more than 30 years. He was assigned to the FBI Behavioral Science Unit and the National Center for the Analysis of Violent Crime at the FBI Academy in Quantico, Virginia for 20 of those years (longer than any other agent doing behavioral analysis). He is a founding member of the Board of Directors of the American Professional Society on the Abuse of Children (APSAC) and is a former member of the APSAC Advisory Board. He is a former member of the Advisory Board of the Association for the Treatment of Sexual Abusers (ATSA). Mr. Lanning is the 1990 recipient of the Jefferson Award for Research from the University of Virginia, the 1996 recipient of the Outstanding Professional Award from APSAC, the 1997 recipient of the FBI Director’s Annual Award for Special Achievement for his career accomplishments in connection with missing and exploited children, and the 2009 recipient of the Lifetime Achievement Award for Outstanding Service from the National Children's Advocacy Center. He has testified on seven occasions before the U.S. Congress and many times as an expert witness in state and federal court. Mr. Lanning has authored numerous publications and consulted on thousands of cases involving the sexual victimization of children. He has lectured before and trained tens of thousands of law enforcement officers, prosecutors, social workers, mental health and medical personnel, judges, and other professionals.

And don’t forget to support the podcast by subscribing for free, reviewing, and sharing.