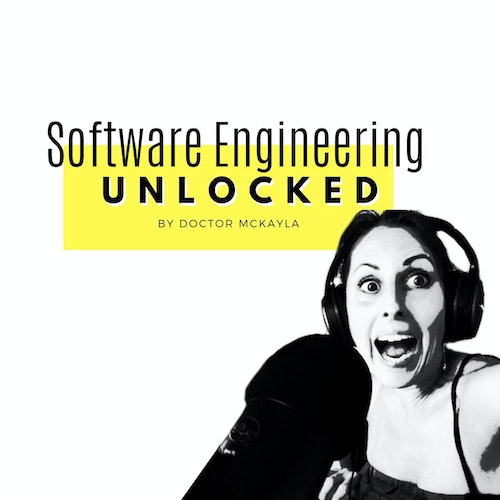 In this show, I open you the doors to companies and thought leaders around the world. With my guests, I discuss software engineering best practices and pitfalls, and how they strive to build software people love.

In this episode, I talk to Dr. Holly Cummins. Holly was the development practice lead for IBM Garage for Cloud, before becoming an innovation leader in IBM’s corporate strategy team. She drives innovation for companies in various industries, such as banking, catering, retail, or even nonprofit organization. She is also a Java Champion, a JavaOne Rockstar, a published author, and a regular and vivid speaker. We talk about - What it takes to drive innovation in an organization - Test-driven development (TDD) - Ensuring a healthy and welcoming company culture - The benefits of Pair programming

In this episode, I talk to Trier Bryant and Kim Scott who co-founded the company Just Work which helps organizations and individuals create more equitable workplaces.

Kim Scott is the author of both successful books: Just Work and Radical Candor. Kim was a CEO coach at Dropbox, Qualtrics, Twitter, and other tech companies. She was a member of the faculty at Apple University and before that led AdSense, YouTube, and DoubleClick teams at Google.

We talk about: - how they both landed in tech - their diverse and exciting background - how to counter bias, prejudice, and bullying in the workplace - the framework for diversity and inclusion they developed - and how engineering teams can be more inclusive.

Falling in love with the JavaScript community

In this episode, I talk to Tracy Lee. Tracy is the CEO and co-founder of This Dot Labs, a widely successful dev shop. She is also a speaker, conference organizer, and blogger.

We talk about: - how she dared to start her first start-up as soon as right out of college, - how she learned to program and fall in love with JavaScript and the community, - how she founded a successful development shop, - her advice in terms of a marketing-driven versus product-driven startup launch.

Bootstrapping Netlify to a multi-million-dollar company

In this episode, I talk to Matt Biilmann. Matt Matt is the CEO and co-founder of Netlify – the modern platform for high-performance websites and apps. Netlify has around 150 employees and an estimate of over 20 million dollars of annual revenue. Matt also coined the term Jamstack, which stands for JavaScript, APIs, and Markup.

We talk about: - his journey bootstrapping Netlify to a million-dollar company - how he got the vision for the JAM-stack, - how it feels to grow a company from a two-person adventure to over 150 employees, - how he envisions the collaborative software development of the future, - and the acquisition of FeaturePeek.

Responsibilities of a Chief Data Officer

In this episode, I talk to Patrick Wagstrom. Patrick is the Chief Data Officer at Brightcove. Before that Patrick was the director of emerging technology at Verizon, meaning that he leveraged AI/ML, augmented reality, blockchain, IoT, quantum computing, and even 5G.  Before that, he was a senior director of data science at Capital One. Even before that, he was a "research nerd"(his own term) at IBM working on the Watson project.

We talk about: - his role and responsibilities as a chief data officer, - the difference between building systems that support machine learning and systems that don't, - distributed software engineering, - data governance and GDPR, - and how to make sure your AI model is unbiased.

In this episode, I talk to Karls Hughes. Karl is a software engineer who turned into an entrepreneur in the midst of the pandemic last year. His start-up draft.dev creates content that reaches software engineers - which means he combined his two passions, development and content creation.

We talk about: - his transition from developer to CTO and now to the business owner, - value-based pricing and how to focus on the customer segment that gets the most value out of your product, - how to scale as a bootstrapped business, - why blogging is such a career changer for developers.

The Secret To High Quality Code with Dr. Michaela Greiler and Liran Haimovitch

In this episode, I talk to Liran Haimovitch, CTO of Rookout - an effortless debugging tool, about how to get to high-quality code.

We talk about: - what are the challenges of moving fast - what does productivity mean - a lot about code reviews - and I also give you a glimpse of the research I'm currently doing.

Getting ready for a billion-dollar business

In this episode, I talk to Max Stoiber. Max is a JavaScript Engineer that is in love with React and Node, and also a fellow Austrian. He has a track record in the open-source world, worked for Gatsby, and Github, and also is a successful entrepreneur.

We talk about: - what he learned about software engineering best practices at GitHub, - why he started his newest side-project bedrock, - why building an indie or small lifestyle businesses is not his thing anymore, - and how he prepares to build a billion-dollar business.

Episode 39: From designer to web developer

In this episode, I talk to Annie Liew, who works as a web developer at a startup called Pastel. She transitioned from Design to Engineering, and I want to know how she experienced this.

We talk about: - about her experience transitioning from Designer to Engineer, - the role her Juno Web Development Bootcamp (formerly HackerYou), - her new role as the first engineering hire at a startup, - her drive to learn and level up in public, - and how she managed to build a large Twitter following.

Legacy code is a living organism with Michael Feathers

In this episode, I talk to Michael Feathers. Michael is the author of the super-popular book “working effectively with legacy code”. He is also the founder and director of R7K Research and Conveyance, a company that helps engineering teams with their software and organization design. Recently, Michael also joined Globant as Chief Architect.

We talk about: - legacy code and how to deal with it - how systems almost feel like living organisms - how we are on a journey with our code, and why it’s so important to care for it, - how legacy code is the result of an organization where engineers turn faster (leave the company/team) than the code churns.

Underrepresented, Underpaid & Undervalued – Having to change jobs to advance your career

In this episode, I talk to Jenn Creighton. Jenn is a Senior Staff Engineer at Apollo. Jenn specialized in frontend-end development is currently working on the open-source work for Apollo GraphQL. She also is a frequent conference speaker, an authoritative voice in tech, and recently started her own podcast called single-threaded

We talk about: - what a senior staff engineer does, and which responsibilities this title entail, - why she needed to frequently change her job in order to advance her career, - how gaslighting, bias, and being underrepresented, underpaid, undervalued is part of her decades-long experience as a developer - and how she makes sure she is helping others to enter tech and have a better experience.

From bootcamp straight into a full-time dev role

In this episode, I talk to Natalie Davis. Natalie is a recent Bootcamp graduate that managed to get hired quickly after graduating. She is vividly sharing her knowledge on Twitter and started to make real waves in the dev community within just one and a half years in tech.

We talk about: - her experience at a developer Bootcamp,  - how she managed to quickly get hired after graduating, - how she keeps up with all the stuff she has to learn, - how she decides to adopt best practices, - and how to overcome rejections by staying positive and focusing on growth.