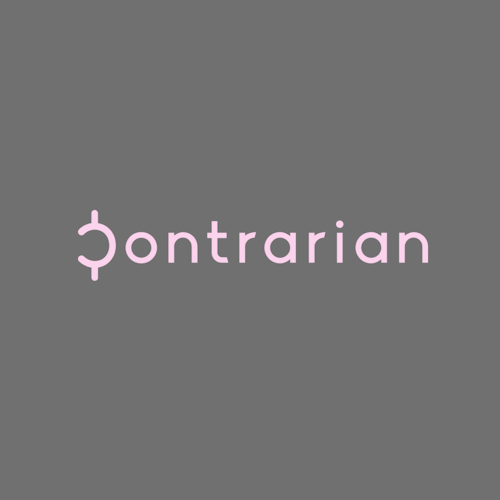 The Contrarian Investor podcast gives voice to those who challenge a prevailing narrative in financial markets. Each episode features an interview with a hedge fund manager, investor, economist or other market participant. The goal is to educate all listeners with an interest in asset allocation and ultimately to provide actionable ideas to the institutional investor community.

Math And Algorithms: Overrated When It Comes To Investing

Eric Chung, chief investment officer of Lighthaven Capital Management, joins the podcast to discuss his view that math, financial models, and algorithms are insufficient when it comes to investing.

"The widespread use of math in the investment management industry, while it can be helpful ... I think there's been some pretty significant overreliance on these things," says Chung.

Content Highlights (Spotify users can skip to the segment by clicking on the timestamp):

The example of Long Term Capital Management and how it got him to take notice (2:41); Not enough has been written about the fallacy risk parity (13:59); Background on the guest (24:36); Lighthaven Capital's investing strategy (28:30); Chung's decision to de-risk the portfolio in Q1 (31:49); The "external, exogenous factors" that go into his risk models (34:59); A Joseph Biden presidency and what it could mean for markets (37:39); What is the market getting wrong right now? (39:05); Contrarian opinion on the potential Biden administration's stance toward China (46:42); Reasons for optimism (49:49).

The Covid Disconnect And The Coming 'Melt Up' In Markets

The evolution of media has led to a "disconnect" between the reality of coronavirus and public perception of the pandemic, according to Enrique Abeyta of Empire Financial Research.

"We are on the precipice of COVID almost being over, or functionally as a major impact on society, mortality, etc.," says Abeyta. This, along with unprecedented liquidity injections by the Federal Reserve, will lead to a melt-up in global financial markets.

More Information on the Guest

Time To Build A Position In Semiconductor Manufacturers?

Siddarth Singhai of Ironhold Capital joins the podcast to discuss his views of semiconductor manufacturers and auto parts suppliers. He also shares his bullish views on industry sectors in his native India.

Singhai's look at the macro situation with COVID (3:27); The cyclical nature of the semiconductor industry (5:59); Long-term prospects are "fantastic," and the macroeconomic environment should allow for the opportunity to build positions (8:06); Electrical cars will provide a tailwind to auto manufacturers (10:40); Background on the guest (13:52); The most profitable industry in India (17:19); Favorite ideas in semiconductor suppliers (27:04); Favorite ideas in automotive suppliers (32:14).

Ironhold Capital is a value-based hedge fund in New York focused on leveraging both the Indian and U.S. markets. Its priority is to preserve capital, which is accomplished by buying high quality businesses with no leverage for cheap, followed by layers of risk management. Website: IronholdCapital.com YouTube Channel: Leaders in Business and Investing Podcast: via Spotify and Apple Podcasts

David Neuhauser of Livermore Partners joins the podcast to discuss his expectation of a "L-shaped" economic recovery and corresponding sideways market activity in the years to come.

There are still opportunities for investors. Here Neuhauser is bullish on certain companies tied to hard assets like oil and copper.

The "best days" of the market rally have likely passed (3:00), expect more rangebound markets in the short run (4:24); What this period of low growth means for markets in the medium term (8:16); What it means to be a contrarian today (9:39); Background on the guest (12:11); How he spends his time in terms of activist situations (17:40); More specifics on opportunities in energy markets. Hint: it's not in shale (20:31); Concerns about the demand picture? (24:09); There will be a "massive reset" in markets and fundamentals will take hold, causing "further grinding" to the downside, especially amid high-priced securities (26:45); Neuhauser's process for finding opportunities (27:46).

The Case For Investing In Sports Teams, With Jonathan Boyar

Jonathan Boyar, principal at Boyar Value Group, joins the podcast to discuss the merits of investing in the public equity of professional sports teams.

Hedge fund portfolio manager Chris Nicholson joins the podcast to discuss his outlook on volatility, interest rates, and other markets.

Forecasting these assets has become increasingly problematic in recent years, but there are a few thing Nicholson looks to in an effort to identify opportunities for arbitrage.

Content (Spotify listeners can skip to the segment directly by clicking on the timestamp):

Not intended as investment advice

Grego finds three or four "high conviction" ideas to trade a year. His process is exhaustive but straightforward, though few managers have the stomach to replicate it. The reasons for this are discussed in the second half of the podcast.

How it all starts. Finding the right target is crucial. Grego's focus on "extreme corporate catastrophic situations" (1:39); Some of the typical "red flags" to look for (3:43); Trendy industries are often clusters for fraudulent behavior. COVID-19 is the most recent example (6:01); Narrowing the target list and creating a thesis (10:37); The final step: "boots on the ground" research (16:46); Background on the guest (21:57); Activist shorting is "scary stuff" (25:38); More terrifying than being a paratrooper? (27:29); Background on QCM's fund and current exposure (30:28); How QCM has dealt with the events of 2020, including a rare (and successful) attempt to time markets in March (34:05); Chinese companies traded in the U.S. look "very very interesting," though Chinese fraud is "a different beast" (42:14).

Vitaliy Katsenelson of ContrarianEdge.com joins the podcast to discuss his current views on markets and his recent thesis on automakers.

That industry has been disrupted by the entrance of Tesla. Other industries face a similar fate and Katsenelson discusses some of the winners and losers.

The automotive industry faces an "unstoppable" tsunami and Tesla is at the forefront (1:58) Tesla as "iphone"-type disrupter (7:27) What other companies are exciting? Recent investment Twitter (14:12) Value versus growth: Knowledge is cumulative (16:07) Background on the guest (22:08) Views on coronavirus (28:39) Makeup of the portfolio and one notable recent addition (33:58)

For More Information on the Guest:

Website: ContrarianEdge.com and its audio equivalent, Investor.fm Twitter: @VitaliyK Investment service IMA "Why The Survival Of Traditional Carmakers Is Far From Certain": link to paper

Chinese Economic Reforms Are Already A Thing Of The Past: Dexter Roberts

Dexter Roberts joins the podcast to discuss his book "The Myth of Chinese Capitalism."

In Roberts' view, economic reforms have already been curtailed under current political leadership. China's middle class, which has grown almost exponentially in recent decades, remains limited mostly to large coastal cities. The rural countryside, which still represents half the country's population, remains well below the middle class -- and is stuck there, in part due to outdated demographic policies.

The options for Chinese policymakers are limited. They have so far not managed to spread the wealth effects of their "pivot" to a services-based economy, and may have even exacerbated the problem. This all has wide-ranging consequences: for China, for western companies, and for the world.

The first myth: capitalism as short hand for economic reforms (5:39) The second key myth: the middle class will inexorably continue to grow larger (6:35) The global supply-chain diversification, started several years ago and exacerbated by COVID-19, is effectively ending China's "factory to the world" model (9:21) Authorities' options are very limited (10:45) Where does this leave Chinese consumers? The days of western companies expanding sales through the growth of China's middle class are gone (13:10) Background on the gust (20:15) What might the future of China hold? (25:09) The possibility of social unrest (27:14) Brief discussion of Hong Kong: "Don't think that the protests are over." (30:22)

For More Information on the Guest:

Website: DexterRoberts.com Twitter: @DTiffRoberts The Myth of Chinese Capitalism: The Worker, the Factory, and the Future of the World (Amazon page)

Healthcare, Tech Stocks May Not Be As Defensive As Believed, With Chris Brown Of Aristides Capital

Christopher Brown of Aristides Capital joins the podcast to discuss his investment strategy, which has produced positive returns every calendar year since 2008.

In Brown's view, healthcare and information technology stocks should not be treated as defensive investments that will protect portfolios in times of stress -- especially after their recent run-up. There are reasons many companies in this sector are overvalued and could see their shares drop as the economy begins to see further difficulties from coronavirus.

Aristides Capital has an active short book, which framed most of the second half of the conversation.

Content Segments:  (Spotify users can link to the segment directly by clicking on the timestamp)

Why investors' thinking about defensive stocks may be misguided (4:49) Growth stocks' recent performance is reminiscent of the late-1990s tech bubble (7:05) The concerns with healthcare stocks (11:45) Background on the guest (15:07) Some of the red flags short sellers look for and why the "big picture" is often more pertinent (20:22) Inovio Pharmaceuticals (NASDAQ: INO) discussion (22:52) CytoDyn Inc. (OTC: CYDY) discussion (25:44) Vuzix Corp. (NASDAQ: VUZI) discussion (28:37) Accelerate Diagnostics (NASDAQ: AXDX) discussion (30:59) Insider purchases are not always a bullish indicator (35:02) Tesla Inc. (NASDAQ: TSLA) discussion, at the guest's suggestion (host didn't want to go there originally) and why it could be an indicator for future market direction (36:17) Reasons to be bearish on markets and the economy (39:17) How to protect your portfolio against inflation (42:13)

The three ETFs track short-term Treasuries, long-term bonds, and the S&P 500. Alpine has been actively trading the strategy since late 2017 after an incubation period of about two years. The approach has worked, with the fund beating the hedge fund index for 22 straight months (and counting).

About the strategy: quick background and using volatility as an indicator (1:10) The "real-world example" of what happened in January and February, and how the fund adopted (2:42) How often, and quickly, the portfolio adjusts and why it is 100% allocated at all times (4:39) The current view of markets (5:46) Why Alpine views itself as the "anti-quant" quant (9:04) Background on Chad Glauser (12:35) How to get in touch (20:04)

Maya Joelson, founder and president of Metapoint Advisors, joins the podcast to discuss her view of exchange-traded funds.

These instruments are seen as efficient and cheap ways for investors, especially retail investors, to gain access to various asset classes. But this is misguided, especially when it comes to ETFs tracking bond markets. Even stock ETFs aren't always a good idea. Investors are better served picking individual securities themselves (or hiring somebody to do it for them).

A short history on the rise of ETFs in the U.S. (2:10) Why bond ETFs don't make as much sense as equity ETFs (6:49) How long before investors get wise to this? (10:41) What about stock ETFs, how efficient are they? (15:20) Background on the guest (20:24) "Better Safe Than SARS-y": Looking back on the call to derisk portfolios in early February and where we are now (25:43)  Buy stocks that should do well in this environment: consumer staples, healthcare, Kraft Heinz, Chewy (29:53)

Not intended as investment advice