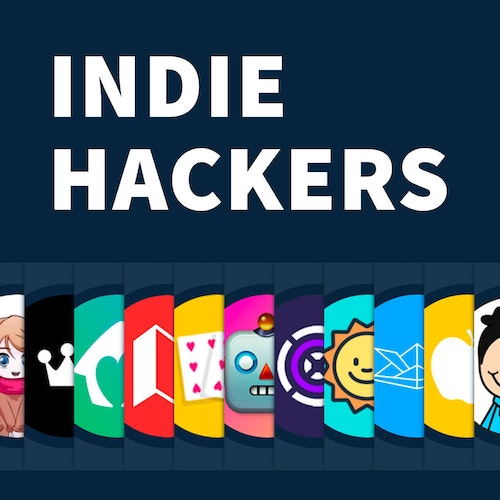 Today I have Chris Justin (@Chris_Justin) and Eathan Janney from the Run With It podcast. They are coming on the show today to share some business ideas for 2021 for indie hackers. In this episode we discuss flying cars (VTOL), NFTs, people coins, and oth

#203 – What You Need to Know About Bitclout with Mubashar Iqbal

Joining me is prolific indie hacker and Bitclout enthusiast Mubashar Iqbal (@mubashariqbal) to discuss the pros and cons of the new platform. Is it a scam? Is it not a scam? Are we all living in a real life episode of Black Mirror? We get to the bottom of

Austin Rief (@Austin_Rief) started the newsletter Morning Brew in college when he didn’t care if he made money or mistakes. That freedom in the early days resulted in an authenticity that he credits for their growth. In this episode, I talk to Austin abou

#201 – 3x Growth, Dating, and Hiring a Coach for Everything with Ben Orenstein of Tuple

Today I’m catching up with Ben Orenstein (@r00k) after nearly two years. Since then his company Tuple has grown 3x and is hitting millions on annual revenue. In this episode, I talk to Ben about the factors behind his insane growth, what it’s like being s

#200 – Every Indie Hacker Has an Online Course in Them with Andrew Berry, Marie Poulin, and Ali Abdaal

Today I’m talking to some of the best online course creators that I know. So many indie hackers got started and became successful because they found ways to teach others online. So I invited Andrew Berry (@Bazzaruto), who runs the On Deck Course Creators

One of the best ways to build a successful business as an indie hacker is to teach people a valuable skill. So in this episode, I sat down to talk to you two of the best educators that I know. Darrell Silver (@darrellsilver) is the founder of Thinkful (an

#198 – How an Indie Hacker Landed Enterprise Customers in Year One with Nadav Keyson of Riverside.fm

Nadav Keyson and his brother built a podcast recording tool on the bleeding edge of technology. By being hyper-focused and product-driven they were able to score clients like Hillary Clinton and the NFL as first customers. In this episode, I’ll talk to Na

#197 – Inside Zapier's First Acquisition with Ben Tossell of Makerpad

In just two years, Ben Tossell (@bentossell) grew Makerpad to over 10,000 users, $400,000 ARR and got bought by Zapier in a deal that became Zapier’s first acquisition. In this episode, I’m going to put Ben’s poker face to the test as I dig into the detai

David Perrell (@david_perrell) is someone whose own friends told him he wasn’t a good writer. By his own account, he was “horrible” at it. In this episode, we talk about why he decided to get really, really good at writing instead of just giving up and wh

Sabba Keynejad (@sab8a) is the founder of one of the fastest growing companies that I've ever featured on the show. In this episode we get into exactly how he used YouTube, side project marketing, Reddit and even getting banned from Qoura to grow Veed.io.

Kevin Lee (@kevinleeme) has run the premiere community for product managers online and is now working on something brand new, but it's not what you'd expect. He's working on noodles. Better, healthier, instant noodles. So in this episode, we just get real