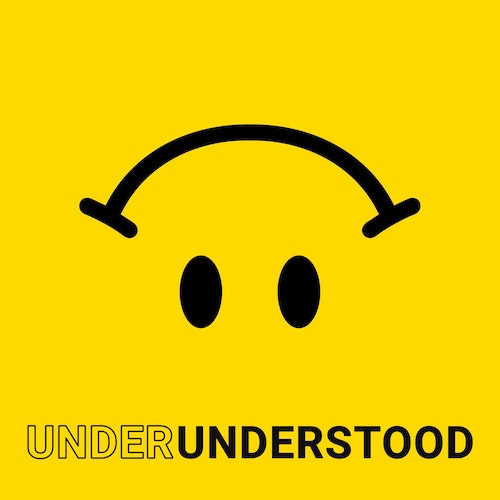 There are questions the internet just can't answer. But that doesn't mean we can't find them.

On each episode of Underunderstood, we find a question the internet can’t answer — maybe it’s a dead-end Wikipedia page, an abandoned Reddit thread, or an unanswered question on Twitter — and we fill in the gaps. It’s part chat show, part documentary, and almost always surprising.

What To Do With Fake Money

Adrianne buys some money online in order to track down a rumor about Chinese bank tellers.

Underunderstood is taking a break. We'll be back in November. Don't forget about us, and send story ideas to hello@underunderstood.com. We'll be dropping some bonus material, so stay subscribed for updates.

The One About The Circle

Adrianne tries to figure out if there is a right way to play Netflix’s awkward social media game.

Why do so many Pennsylvania homes have freestanding toilets in their unfinished basements?

A Tale Of Two Billies

Add “Smurf butt” to the list of things to expect when you’re expecting.

We’ve done 12 stories so far, and since we first published them there have been some updates, and new details have emerged. Today we’re rounding those up.

What Happened to the McFlurry?

Is Cap’n Crunch getting smaller or are we just getting bigger?

A small town fights for internet justice with a biscuit boycott.

How a misfit polka band scored a premium spot on the World Wide Web in 1995.


What Happened To The Mc Flurry?

McFlurries aren't what they used to be. Why did McDonald's stop stirring them?

While we’re working on new episodes of Underunderstood, we we'd share an episode of another podcast we love: Endless Thread. It’s a show that brings Reddit to life by tracking down its strangest, most compelling stories, and talking to the folks involved in those stories.

This episode is about an old dice game called The Deadly Double. In order to find the origins of the game, Amory Sivertson and Ben Brock Johnson fall into a series of rabbit holes, including an enormous dice collection, a former FBI agent, and a Pearl Harbor conspiracy theory.

Endless Thread is a podcast from WBUR and Reddit. You can listen and subscribe on Apple Podcasts, Spotify, or anywhere else you listen to podcasts.

John finds out if it is safe to eat a suitcase full of chili peppers that have been missing for three days.

Custom art for this episode was created by Phil Robibero. You can see it here.

The surprising history behind a charming marquee in downtown Newark, New Jersey.

Adrianne tries to order from a local sushi restaurant, but an unfamiliar voice answers, promising "awesomeness." Awesomeness for whom?

Billy’s sister thinks a photo that repeatedly goes viral on Reddit is suspicious.


What Happened To New Vietnam?

A Wikipedia stub about the worst Florida theme park idea ever sends John on a search for the reason it never opened.

A tweetstorm about men’s role in pregnancy leads Regina to find a man who spent over a decade suppressing his sperm count with a piece of yarn.

After watching an episode of “Catfish: The TV Show,” Billy goes on a deep dive to find the meaning of a curious ankle tattoo, the eccentricities of the Philadelphia accent, and one man’s fixation with the word “gas.”

There are questions the internet just hasn't answered yet. We investigate those questions and get the answers.

Grow Your Audience. Submit your podcast ->