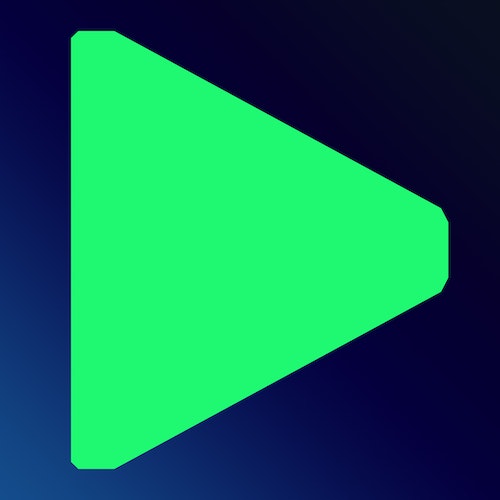 Emmanuel ‘Manny’ Maceda is the Worldwide Managing Partner and Chairman of the Board of Bain & Company.

He is responsible for all aspects of the firm's strategy, team and operations across Bain's global network of 50+ offices in 37 countries. Manny leads the firm in its mission to deliver the best client results in the management consulting industry.

Bain & Company’s clients include more than 60% of the Global 500, private equity funds representing 75% of global equity capital, leading nonprofits and innovative startups. Although Bain & Company does not publish its numbers, it reportedly has a gross global revenue of more than $4 billion and around 10,000 employees.Bain has been placed No. 1 on Glassdoor's Best Places to Work in 2019, and four times since the ranking was launched in 2009.

Dan Brodksy-Chenfeld is a world-record event organizer, business owner, father, husband, author, speaker, coach, and seven-time world champion skydiver.A national skydiving competitor since 1983, Dan is one of the most influential people in the history of skydiving.As a competitor Dan has led teams to sixteen National Championship Gold Medal victories and seven World Championships. He has also coached multiple teams to victory, including the winners of the 2004, 2005, 2006 and 2008 Women’s World Champion teams.In 1992, Dan survived a plane crash that killed 16 of the 22 people on board, many of them close friends. Left critically injured, he woke up from a six-week long coma with a broken neck, broken skull, severe head trauma, a collapsed lung, and other serious injuries.Despite the deaths of several of his skydiving crew and against all odds, Dan would go on to lead skydiving team Arizona Airspeed to victory at the 1995 world skydiving championships, just three years later.In 2014, Dan was inducted into the Skydiving Museum and Hall of Fame.   Dan currently runs Skydive Perris in California, one of the largest skydiving centres in the world. To learn more about Dan, check out his website here, and order his 5-star rated book 'Above All Else' on Amazon here.   Check out Dan's interview on Unfiltered.tv: https://unfiltered.tv/#/interview/2c53725060d84e24aa99eb1a1198d24a

Alicia Tillman is the global Chief Marketing Officer at SAP, responsible for ‘curating and accelerating the company’s worldwide marketing strategy and elevating its brand recognition.’

Among the largest enterprise software companies in the world, SAP has more than 480,000 customers across 180 countries, employs roughly 100,000 people and recorded revenue of nearly $30 billion in 2018.

Prior to her role as global CMO, Alicia was the Chief Marketing Officer of SAP Ariba, the world’s largest business to business commerce network. She was accountable for the development of the marketing strategy across the globe and rebuilt the company’s 18-year-old brand within her first seven months in the role. During her tenure, the business achieved double-digit revenue growth for eight consecutive quarters.

She also spent 11 years at one of the world’s most recognizable marketing brands, American Express, building brand functions to enhance brand awareness and improve customer experience. While at American Express, Alicia served as the head of Marketing and Business Services after leading Public Affairs, Corporate Communications and Media Relations for the Global Business Travel division.

In 2019, Alicia was named the 14th most influential CMO in the world by Forbes, amongst numerous other accomplishments.

Most recently, Alicia graduated from the prestigious Chief Marketing Officer program at The Kellogg School of Management at Northwestern University in June 2017. Alicia is a graduate of Lycoming College and holds a BA in Mass Communications with an emphasis in International Marketing, Public Relations and Advertising.

Check out Alicia's interview on Unfiltered.tv:

Ariel Kaye is the Founder and CEO of Parachute.

Founded in 2013, Parachute is a ‘luxury brand for bedding basics,’ disrupting the modern bedding industry. They create high-end products designed in LA, manufactured in Italy, at accessible prices.

Parachute has raised $47 million in capital over six rounds, from investors including Upfront Ventures and H.I.G. Growth Partners.

The brand has been called one of the “25 Hot Los Angeles Startups to Watch” by Business Insider, and has been featured in notable publications including The New York Times, The Wall Street Journal, Architectural Digest and ELLE DECOR.

Ariel earned a Master's Degree in Media Studies from the New School, a Bachelor of Arts Degree from the Gallatin School at NYU.

Check out Ariel's interview on Unfiltered.tv:

Drew Mc Elroy: In It For The Long Haul The Freight Startup Disrupting A $700 Billion Industry

Drew McElroy is the Co-Founder and CEO of Transfix.

Founded in 2013, Transfix is the ‘leading freight marketplace connecting shippers to a national network of reliable carriers.’ A disruptor of the $700 billion trucking industry, Transfix counts numerous Fortune 500 companies in beverage, CPG and retail as clients, and was named one of Forbes’ “Next Billion-Dollar Companies” in 2018.

Transfix today has a revenue run rate of more than $100 million and has raised over $78.5 million in funding from investors including NEA, Canvas Ventures and Lerer Hippeau.

Prior to founding Transfix in 2013, Drew was the President of Priority Distribution Inc. (PDI), a mid-market transportation management and third-party logistics provider (3PL). He officially joined the company as Vice President of Business Development in May 2004 but had been working with his parents at PDI over the summer since he was twelve.

Drew has a Bachelor of Science in Management and International Business from the McDonough School of Business at Georgetown University.

Check out Drew's interview on Unfiltered.tv:

Janice Bryant Howroyd: Turning $1,500, A Fax Machine And A Phone Into A Billion Dollar Business

Janice Bryant Howryod is the Founder and CEO of the ActOne Group, and the first African American woman to build and own a billion-dollar company.

Originally from Torrance, North Carolina, Janice grew up as one of 11 siblings. In 1976, Janice left her hometown for Los Angeles and two years later, armed with just $1,500, including a $900 loan from her mother, a fax machine and a phone, started what was to become the ActOne Group.

Today, the ActOne Group, a provider of workforce solutions, is the largest minority-owned workforce management company founded in the US with more than 17,000 clients and 2,600 employees across 19 countries. According to Forbes, ActOne’s 2020 revenue is expected to exceed $3 billion.

The success of the ActOne Group has also made Janice the first African American woman to build and own a billion-dollar company.

Janice was selected by former President Barack Obama to serve as a White House appointee, and continues to serve under the current administration, as an Ambassador of Energy. She was appointed to Harvard’s Women Leadership board and the board of USC’s Marshall School of Business.

Check out Janice's interview on Unfiltered.tv:

Jeff Klein is a renowned hotelier and restaurateur, and the man behind Sunset Tower and the San Vicente Bungalows in West Hollywood, Los Angeles.

A native of New York, Jeff started his career in hospitality as a bellman at The Franklin Hotel, quickly rising to the role of General Manager of The Mansfield Hotel.

In 2004, Jeff purchased the then dilapidated Sunset Tower for $18 million, restoring it to its former glory and soon establishing it and its Tower Bar restaurant as ‘essential landmarks of the new Hollywood,’ a favored watering hole for film moguls, literary agents, fashion designers, A-list movie stars.

More recently he opened the San Vicente Bungalows, which has quickly gained a reputation as among the most exclusive of membership clubs in Los Angeles, and perhaps all of America. Rumoured members include Steven Spielberg, Bob Iger, Taylor Swift, Johnny Depp and more of Hollywood’s elite.

Jeff is also a partner in the world renowned Monkey Bar, a classic New York City bar & eatery with a famed past that dates back to 1936.

Joe McCollum is the outgoing Group Human Resources Director at Spark and a globally renowned HR executive. A veteran executive with over 40 years of experience in the world of HR, Joe has a proven track record of steering companies through transformational change.

Throughout his career, Joe has served as Group HR Director in numerous industries, from healthcare to music to technology to consumer products, at companies such as Lion Nathan, Pepsi-Cola, EMI Music and the Daily Mail Global Trust.

More recently, Joe played a pivotal role in leading the transformation of Spark New Zealand to Agile as one of the few legacy companies in the world to achieve this successfully, with a total reset of the HR function. He was also involved in the rebranding of TelecomNZ to Spark, among the most successful corporate rebranding exercises in New Zealand.

During his seven-year tenure at Spark, the company has gone from the bottom 25% of telecommunications companies globally to the top 10%, with market capitalization increasing more than 50% to NZ $8.3 billion.

Check out Joe's interview on Unfiltered.tv:

Joel Flory is the Co-Founder and CEO of VSCO, a ‘community for creators, by creators,’ centred around the VSCO photo editing app.

VSCO is today one of the fastest growing subscription businesses in the world, and surpassed two million paid users within two years of launching their subscription service. Today they have more than 20 million weekly active users in 160+ countries.

Prior to founding VSCO, Joel was a successful commercial and wedding photographer.

Check out Joel's interview on Unfiltered.tv:

Tomer Tagrin is the co-founder and CEO of Yotpo, the ‘leading customer content marketing platform for commerce brands.’

Thousands of businesses use Yotpo to collect and leverage every type of user-generated content to increase trust, social proof and sales. Yotpo has 400+ employees across offices in New York, London, Tel Aviv and Boston, and has raised $101 million in venture backing over seven rounds.

A native of Israel, Tomer has a Bachelor of Software Engineering from Tel Aviv University.

Check out Tomer's interview on Unfiltered.tv:

Heidi Zak: How Third Love Is Taking Over A $100 Billion Industry

Heidi Zak is the Co-Founder and Co-CEO of ThirdLove.

Founded in 2012 by Heidi and her husband David, ThirdLove is one of the fastest-growing and most disruptive bra and underwear companies in America. Founded on a mission to allow every woman to have a ‘great-fitting, beautiful and comfortable bra,’ ThirdLove today sells 24 bras in 74 sizes, double the industry standard.

ThirdLove has raised $68 million in capital from a Tier 1 investor group including L. Catterton, Allen & Company and Andreessen Horowitz, and was reportedly valued at more than $750 million at their last round in February 2019.

Heidi has been recognized as Fortune's 40 Under 40, EY Entrepreneur of the Year, National Retail Federation's Disruptors, Fast Company’s Most Creative People and Goldman Sachs' 100 Most Intriguing Entrepreneurs.

She graduated from Duke University and holds an MBA from MIT Sloan. Prior to launching ThirdLove, Zak worked at Google, Aeropostale, McKinsey and Bank of America.

Check out Heidi's interview on Unfiltered.tv:

Entrepreneur, investor and philanthropist, Joe Lonsdale is a General Partner at 8VC, Founder & Chairman of Addepar and Founder of Palantir Technologies.

An early institutional investor in numerous companies including Wish, Oculus, Oscar, Guardant Health and Blend, Joe was the youngest-ever member of the ‘Midas List’ when he debuted in 2016.

In 2004 he co-founded multi-billion dollar big data analytics startup Palantir, where he initially served as co-head of product. Palantir’s software is focused on analyzing, integrating and visualizing data, specifically in the intelligence and financial services sectors. In 2015, Palantir was valued at roughly $20 billion.

In 2009, he co-founded wealth management technology platform Addepar, which now manages over $1 trillion of wealth, and in 2012 founded OpenGov, which modernizes various processes for over 2,000 municipalities and state agencies.

In 2015, he co-founded VC firm 8VC, the successor to a previous fund, Formation 8 - which was one of the top performing funds in Silicon Valley. 8VC today manages more than $2.7 billion in assets.

Prior to this, Joe was an early executive at Peter Thiel’s Clarium Capital, which he helped grow into a large global macro hedge fund.

Joe received a BS in Computer Science from Stanford in 2003.

Check out Joe's interview on Unfiltered.tv: