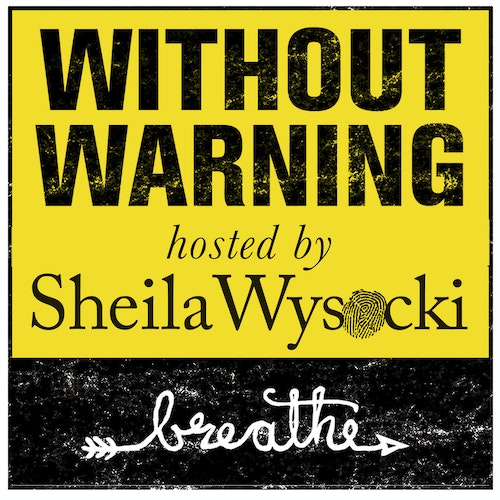 Lauren Agee attended Wakefest in Smithville, TN with some friends. On the last day without warning Lauren's life was gone in an instant. Join Professional Investigator Sheila Wysocki as she takes back the curtain to go behind the scenes of an investigation. You decide who is telling the truth, who isn't, what happened to the evidence, and what happened with the police investigation. See what Lauren's mom, Sherry Smith has to do in order to speak for her daughter. Was it murder or a tragic accident, you decide. True Crime in real time.

Pam Crews Q and A with Patreon Group PART 2

In the last episode, you heard from the Crews family. Pam, John, and Dani reliving the heart-wrenching night Jonathan died. Henry Su called Pam after he picked up Brenda from the police station. In this week’s episode, I will go through the night of the shooting, what Brenda told the police, and of course what Brenda told THE FAMILY and their members. Pam told us about the scene when she showed up at Jonathan’s apartment. Police cars and fire trucks taking over the parking lot. The police were already in the apartment. Brenda was seen in the breezeway talking to the police. Here is the official statement written by Officer Sparks. You will hear all the stories that Brenda told THE FAMILY members about the same night and the same circumstances but different scenarios: Jonathan was standing up, Jonathan was laying down, It was an accident, it was on purpose, he didn't know there was a bullet in the chamber the stories go on and on.

I sat down the other day with retired FBI Agent, Bobby Chacon. If you don’t know who he is…you should. I have admired his work for a long time. He has worked on everything from complex criminal investigations to international deployments and underwater forensic training. Listen in as I get the incomparable, Bobby Chacon, to open up and give his insight to the Lauren Agee case. http://sheilawysocki.com http://withoutwarningpodcast.com Twitter @scrappymomPI Instagram @withoutwarningpi @privateeyepups Facebook Without Warning PI

Brix Gambrell has been the campers dirty little secret all along. What are they hiding though? An anonymous tip presents shocking details of Chris Stout and Brix Gambrell. Hear more from Chris Stout on when he met Brix, what he knew of Brix's whereabouts that weekend, and how he's tied to him now. Sherry Smith also tells of her strange encounter with Brix just days after Lauren's death. Was Brix there when Lauren died? Tune in as Sheila unravels these mysterious turn of events.

Hannah Palmer has been known to be able to keep a good secret; but just how far is she willing to take it? Sheila sits down with Lauren’s mom, Sherry, and Lexi, who continue to talk about the events that followed Lauren’s death. Listeners will also get an inside look at Hannah’s past and changing personality from an ex-boyfriend. He tells Sheila that Hannah is great at keeping secrets and shares his own secret about Hannah which will leave listeners in disbelief. http://sheilawysocki.com

Lauren and her childhood friend, Hannah Palmer, grew up right down the street from each other. Their relationship had its ups and down, but it was obvious that Lauren still trusted Hannah enough to spend a weekend with her at Wakefest. In this episode, you will hear the full interview of Hannah and off-duty police officer, Chris Yarchuck, moments after Lauren’s lifeless body was found. http://sheilawysocki.com http://withoutwarningpodcast.com