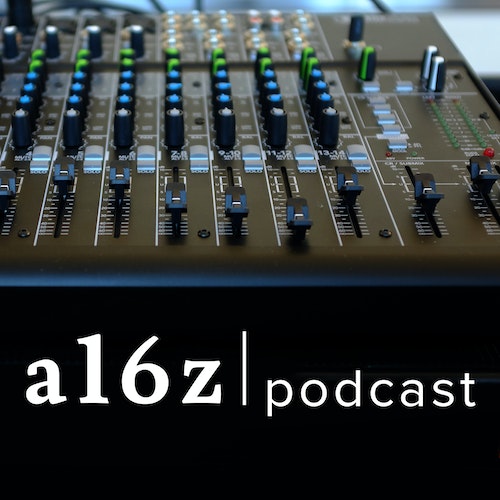 On this Andreessen Horowitz podcast, Justin Kan shares his lessons from a long startup journey. Whether you are doing a consumer product or B2B, challenging an impenetrable market, or chasing social likes, there is an advice here for you.

How did Justin Kan rise to fame?
Why would you leave a cushy job as a partner at Y Combinator and start another company?
What is the difference between Market Risk vs Execution Risk?
Should I start a consumer startup or a business-to-business startup?
Should you raise a lot of money or bootstrap to profitability?
How do you deal with stress as a startup founder?
What influences Justin Kan's social media stream?
Why is Justin Kan removing attachments form his life?
What is the best way to find a mentor for my startup?
What is the meaning of Culture eat Strategy?
What is the central ethos to how Justin Kan builds companies?
How do you manage expectations once you've succeeded as entrepreneur?
What is Justin Kan reading right now?
What is one advice you would give to an entrepreneur who is just getting started?

How did Justin Kan rise to fame?

Justin has been an Internet entrepreneur since 2005.

After that he started a live TV show on the internet, called Justin.Tv. It was 2007, before the iPhone, so Justin had to carry a computer in the backpack, with multiple cellphone connections, live-streaming a hacky video feed to people at home. He admits to not had been very popular at the time, with only hundreds of viewers at first. Eventually however, other people caught wind and wanted to create their own shows, just like Justin's. Justin.tv raised a bunch of money, just in time to survive the "nuclear winter" when most video startups died.

While still working on Justin.tv, Justin and Co create an app called "Social Cam", which they were able to promptly sell to Autodesk for many millions.

Finally, after years of hard work in the video space, Justin's co-founder Emmet though up the idea for Twitch, which exploded and sold to almost $1 Billion dollars!

After the acquisition Justin played around with other startups, namely Exec, a home cleaning on-demand, and Whale, a social app for Q&A.

Finally, two years ago he decided to put all his eggs in one basket and stated Atrium, a technology enabled law company for entrepreneurs.

Why would you leave a cushy job as a partner at Y Combinator and start another company?

After a few years as an investor and advisor to Y Combinator companies, Justin realized he was not learning and growing anymore, and the best vehicle for growth that he knew was a startup. Given that Twitch.tv had a pretty big outcome, Justin needed to do something even bigger in order to attain the learning opportunity he desired. Atrium was the answer.

What is the difference between Market Risk vs Execution Risk?

When you are a young founder, fresh out of college, chances are you don't know a lot and you are not actually very good at many things. At his point, it makes a lot of sense to pick a consumer startup that has a lot of market risk, but low execution risk.

Market risk is the risk that nobody wants your product. However, if you can find something that users love, you just keep making more of it, and your chances of winning big are quite high. Thinks companies like Facebook or Snapchat.

Once you mature and gain skills, it makes sense to work on a startups with less market risk and more execution risk, a startup that you know people already want, but it is very hard to deliver correctly. With Atrium, for example, Justin knew that legal market was already huge, and it was also ripe for innovation.

Should I start a consumer startup or a business-to-business startup?

Consumer startups are a lottery ticket. Take Twitch.tv vs Atrium for example.

In the case with Twitch, nobody believed there was a market in streaming video over the internet. Even as founders they were skeptical there was business. On the bright side, there was also no competition because nobody believed it was worth competing. Justin and Co got all the time to figure our their product market fit, even with all the mistakes they'd made along the way.

Atrium, on the other hand, is a business that requires a structured and a measured approach. Now that Justin knows how to raise capital and to put together a team ...etc, he's got an upper hand when compared to Justin at 22, winging it along the way. Consumer startups are like a lottery ticket, which is why most mature entrepreneurs prefer to play the b2b game.

Should you raise a lot of money or bootstrap to profitability?

When you have a ton of money, you spend a ton of money, so that's not always the right choice for your company. In the execution risk business it is however important to deliver value fast and to assure the clients that the company would be around for a long time. Given the nature of Atrium business, it was also beneficial to have a lot of venture capitalists on board, since all of them needed legal help for their companies, Atrium was set to become the company of choice.

How do you deal with stress as a startup founder?

Young Justin though of stress was something that you couldn't change, but a manure Justin learned that you can manage and improve stress, much like you learn to improve everything else about your life. He started writing a gratitude journal, switched to Ketogenic Diet to gain more energy in the day, and started to meditate.

How does stress affect founder's body
Eric Ries has a very challenging situation with his company where the whole ...
What does stress do to people
Stress pulls people in a hundred directions because the intellect is weak ...
24:22

Justin believes that if you want something to be part of your identity, you should talk about it, and if you want to learn something, you should teach it. That's why his latest tweeter feed is all about philosophy and startups.

Why is Justin Kan removing attachments form his life?

Founders tend to intertwine their identity and the success of their company. Yet, if you rely on the outside factors to make you happy, you are always going to be disappointed. Here's Justin explaining this concept on Below the Line.

What is the best way to find a mentor for my startup?

Best part about Silicon Valley is all the people who have done it before and are willing to help you. Whether you are a new entrepreneur or a seasoned one, there's always someone who has made it further than you, and despite their success they are willing to help you. The system works because once you've gotten help, and succeeded, you pay it forward by doing the same for new founders.

What is the meaning of Culture eat Strategy?

Very often companies in Silicon Valley tend to focus on the next milestone, and sometimes it's the only way because otherwise your company would go out of business. However, if you can build a company that runs on a common set of principles, where the team is enabled to make decisions on their own and everyone feels in control, the execution will follow. To succeed in the long run, it is imperative to build a company that can execute, and culture is the driving factor.

What is the central ethos to how Justin Kan builds companies?

(1) Iterate quickly. Justin has been doing this since Y Combinator and never stopped. Speed of iteration is very important. (2) Be helpful and build a community that helps each other.

How do you manage expectations once you've succeeded as entrepreneur?

Every entrepreneur has high expectations and it's always a battle against yourself. You win that battle by realizing that whatever happens you will be fine. Startups are not springs, but marathons; you have to figure out a way to be okay with that, or you will give up. Most people do not actually successfully internalize this.

The Untethered Soul - Very important book that helped Justin recognize why detaching happiness from the company success was so important.

Leadership and Self-Deception - There are two ways to treat other people: like people (with empathy), or like an objects (without empathy). If you treat people like objects who are there to achieve metrics, you will end up lying to yourself about your own role in their successes and failures and ignoring your own contributions, which is just poor management.

What is one advice you would give to an entrepreneur who is just getting started?

Work on self improvement, treat yourself better, and recognize that success take time.

Podcast summaries for the best in startups, technology, and personal health. Read it in a minute or less. delivered every morning. It's free!

Chamath Palihapitiya: People in Silicon Valley are deeply unhappy
Recode Decode, hosted by Kara Swisher
16
Interview with Justin Kan, co-founder of Twitch and a former partner at Y Combinator.
Below the Line with James Beshara
21
Justin Kan on Vulnerability, Happiness, and Suffering in Startups
The Twenty Minute VC: Venture Capital | Startup Funding | The Pitch
7
How to make a million dollars - Lessons Learned From 1,000-Plus Investments
Unfiltered
11
Metrics and Mindsets for Retention & Engagement
a16z
Lessons of Greatness: Why You Need to Nail a Niche before Going Big
Starting Greatness
3