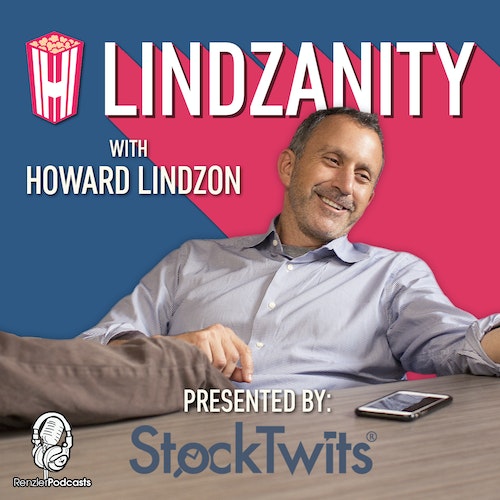 Hello, I’m Howard. I’ve been a financial industry entrepreneur and investor for over 20 years. I’m now focused on investing and advising.

On this podcast, you will hear interviews with great entrepreneurs, investors, venture capitalists, traders, and friends about 'Street Alpha' ... how they have used their eyes, ears, and feet to crush the markets.

I know your time is precious so I promise to keep it simple and on point.

Justin Reis of WatchBox on How Tech is Revitalizing the Already Timeless Luxury Watch Market (EP.154)

This episode we’re talking about a subject near and dear to my heart: watches. Watches continue to be a timeless investment piece synonymous with value. And as someone who has collected over 50 watches, I was super excited to bring on Justin Reis of WatchBox to learn more about the growing tech-enabled luxury commerce market. WatchBox is the world’s leading platform for the buying, selling, and trading of pre-owned luxury watches, with offices in the U.S., Hong Kong, Switzerland, Singapore, and Dubai. In this episode, Justin talks with my co-hosts and I all about the luxury commerce market, WatchBox’s hybrid high-tech high-touch model, how their service works, the typical WatchBox customer, having value in brand equity, WatchBox TV, collectability, the rise in Apple and other tech watches, NFTS, and more. I also offered up some great dating tips this episode, which I know everyone was dying to hear about!

Jim Lanzone, CEO of Tinder, on the Internet’s Battle for Attention (EP.153)

Jim Lanzone is somewhat of a legend in the internet industry. He’s racked up over 20 years of experience in the space, with former CEO titles at companies like Ask.com (formerly Ask Jeeves), Clicker Media (which he founded) and CBS Interactive (where he was my boss for a brief moment). Currently, he is the CEO of the popular online dating and networking app, Tinder. It was great to have someone like Jim on to not only offer his insights on all things media, streaming, and the internet – but also help give some tips to our Panic co-host Nikita on her own adventures into the world of online dating. In this episode, we chatted with Jim about branding, growth, the early days of video, his experiences as a CEO, content consumption, generational trends in dating, brands he’s rooting for and more. Enjoy!

My good friend Charlie Bilello is back for his second episode of Panic with Friends. He originally came on way back for episode two of our show and offered insights on the markets during peak COVID panic. If you go back and listen, you’ll see Charlie actually got a lot right. So now I figured it would be a good time to check back in with him as we make our way out of the COVID panic. Charlie has over a decade of experience as an analyst, lawyer, CPA, and overall nerd about the markets and money. But he’s more than just my crazy smart friend, I’ve also partnered with Charlie at his company Compound Capital Advisors. There, he oversees all facets of the firm, from research, to portfolio management, to product development, to content creation, to investor relationships. In this episode, we talk about inflation, the markets, crypto, shifts in trends, SPACs, irrational exuberance, bonds, the next generation of investors, and more. Enjoy!

Happy 150th episode of Panic with Friends! Thank you all for putting up with me 150 episodes; here’s to the next 150. For this episode, we are continuing to dive into crypto – a topic I’ve been fascinated by and discussing on the podcast for a while now. I’ve been astounded by the traction crypto has gotten, and there’s no better person to help give some context to what’s going on in this growing space than Kyle Samani. Kyle is co-founder and managing partner at Multicoin Capital, a firm that invests in all things crypto (including companies and tokens). I am a personal LP in his fund starting in 2017, and they have had positive results for me so far including the brutal bear market in crypto that began in January 2018. His firm is continuing to see excellent growth, just recently raising their second fund. He also came on the podcast back in October to discuss the “Wild West” of crypto and express his skepticism. A lot has changed just in those 8 months since his first appearance. This time around, we talked about how the crypto industry has evolved, what we can expect from crypto in the future, spotting trends, raising his second fund, decentralization and more. Enjoy!

Not only are we on the heels of our 150th episode, but we’re bringing in a new face (or rather voice) to join Knut and me in hosting Panic with Friends – Nikita Arora. Nikita is a fellow Canadian working at Social Leverage in a Principal role helping us as we raise fund four and grow our firm. In this episode of Panic, entrepreneur, founder, and CEO of Zerodha Nithin Kamath calls in and joins us all the way from Bengaluru, india. Nithin spent over a decade trading the markets for a living since he was 17 years old. After feeling the fatigue of day trading, Nithin started his company Zerodha with the intention of being a catalyst for change and started a brokerage firm that traders didn't have. Zerodha focuses on building the best tools and services for traders and investors in India. In short, Zerodha basically puts Robinhood to shame. On top of the amazing work Nithin does at Zerodha, he’s also a great person to look to for thought leadership. You can check out his views and insights in building businesses and trading the markets through his podcasts, social media, and blog posts over on his website. In this episode, the Social Leverage team and I talk with Nithin about trading in indian markets, entrepreneurship, his company and their overall strategy, crypto, India’s COVID crisis and more. Enjoy!

In this episode I had the pleasure of bringing on Katherine Rosa, a great investor, advisor and friend. Katherine is the former Global Head of Alternative Investments at JP Morgan and a current Board Member for Social Leverage’s SPAC. She has been in the banking world for quite some time, starting out at JP Morgan as a product specialist in the early 90s. So it’s great to have someone who is as knowledgeable and experienced as Katherine not only a part of our Social Leverage team, but also as a guest on Panic with Friends. And even more exciting, this is Katherine’s first ever time on a podcast! In this episode, we talk about the world of alternative investments, retail and institutional investors, her time working at JP Morgan, the best and worst parts of her work, risk, her first great investment, what trends she’s excited about and more. Enjoy!

Gregg Spiridellis of HiHo, StoryBots and JibJab, on the Old and New Internet (EP.147)

Gregg is a super talented and creative entrepreneur, founder and storyteller. A former Goldman Sachs analyst, Gregg had a career shift and now works at the intersection of all things art, tech, and entertainment. Gregg is the co-creator, former CEO, writer and producer of Netflix’s StoryBots and co-founder and former CEO of JibJab, which was founded in 1999 and became somewhat of a legend in the history of the Internet. Now, Gregg is creating the Internet’s next best thing: HiHo. Gregg is HiHo’s CEO and co-founder, and I am also one of their investors. HiHo allows you to be in control of the conversations you engage with online, offering “asynchronous, threaded, vertical video conversations organized around areas of interest.” In this episode, Gregg and I talk about the future of video, apps, entrepreneurship, his companies, the old internet, what makes good content, algorithms, NFTs, decentralization and more.

Brad Feld of Foundry Group on Decentralization in a Post-COVID World (EP.146)

I had the joy of having my great friend Brad Feld join me for his FOURTH appearance on Panic With Friends. Brad is Boulder-based early-stage investor, entrepreneur, writer, and speaker. More specifically, he is managing director of Foundry Group, founder of Techstars, and writer for the Startup Revolution series and his blog Feld Thoughts. Brad has also been a mentor and supporter of mine, investing in my previous company Wallstrip as well as Stocktwits. With over 30 years of experience in the field, Brad has dealt with and invested through his fair share of panics. So I couldn’t think of anyone better to talk to about the future coming out of the COVID pandemic. In this episode, Brad and I talk about his family and what their past year has looked like, building stronger communities, our post-COVID future, startup culture, decentralization and more.

Daniel Cohen of Cohen and Company on the Past, Present, and Future of the SPAC Craze (EP.145)

If you want to learn about SPACs, look to Daniel Cohen. He has been with the SPAC phenomenon since the beginning and has been a major player in really innovating this space. He even inspired me to launch Social Leverage’s SPAC. In this episode, Daniel helps give some context into how the SPAC craze got to where it is today. Daniel is the chairman of the SPAC and fintech powerhouse Cohen and Company, president and CEO at FTAC Hera Acquisition Corp, chairman of Bancorp and former CEO of RAIT Financial Trust. Daniel’s a hustler, having launched 10 SPACs since his first deal in 2015 and currently working on his next. But as impressive as his resumé is, the most impressive aspect of Daniel’s career to me is that he works with his family. In fact, Daniel’s most notable and high-profile merger deal with eToro was with his mom Betsy Cohen. In this episode, Daniel and I chat about the SPAC craze’s opportunities and areas of concern, big data, money management, COVID’s impact on tech and business travel, working with his family and more.

Jens Hilgers of BITKRAFT Ventures on the Future of Gaming and ESports (EP.144)

Jens Hilgers is a Berlin-based serial gaming entrepreneur. He’s been investing at the center of tech, gaming and esports since the late ‘90s – so he has seen esports journeys to the mainstream and sees where it’s going. Over the years, Jens has racked up a laundry list of titles, including co-founder and former CEO of ESL, co-founder and Chairman of G2 Esports and co-founder and former CEO of Bayes. Most notably, he is the founding general partner of the global early- and mid-stage gaming-focused investment company BITKRAFT Ventures. Jens has helped the firm reach impressive and success numbers. He oversaw the firm’s growth to a portfolio of over 50 companies. More recently, he helped BITKRAFT raise a $165M Venture Fund I in 2020. For someone who is widely considered one of esports’ first entrepreneurs, I can firmly say Jens lives up to the hype. In this episode, we talk about how COVID accelerated the esports trend, predictions of the future of esports, gaming EFTs, cloud gaming, virtual reality, digital citizenship, emerging markets and more.

Jason Hirschhorn (Part 2) of REDEF on the Future of New Media and the Creator Economy (EP.143)

I was excited about having Jason Hirschorn on as last week’s ‘Panic’ guest and am even more excited to bring him back on for round two! I have not met another person who is not just passionate about the media, but is eager and willing to share that knowledge with others. In part one, we covered Jason’s long history at MTV, Slingbox, News Corp and MySpace. In this episode, Jason and I talk about the future of media, the fall of cable, the creator economy, NFTs, newsletters, social media streaming, decentralization and more.