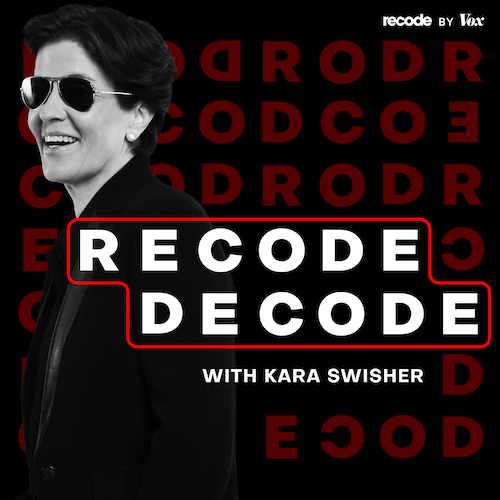 Silicon Valley’s most revered journalist hosts candid interviews with tech execs, politicians, celebrities and more about their big ideas and how they’re changing our world. Tune in every week for enlightening conversations with people like Tesla CEO Elon Musk, former Secretary of State Hillary Clinton, Facebook CEO Mark Zuckerberg, and many more. Produced by Recode and the Vox Media Podcast Network.

Everyone knows what YouTube is. Few know how it really works.

Mark Bergen takes us inside the black box

Rewind: How big companies kill ideas — and how to fight back, with Tony Fadell

Stories and lessons from his new book, Build: An Unorthodox Guide to Making Things Worth Making

We’ve got a special episode of Decoder today – an interview between Verge deputy editor Alex Heath and Meta’s Tom Alison, the head of Facebook. Alex is the co-host of the newest season of Vox Media’s podcast Land of the Giants. This season is about Facebook and Meta. The season finale comes out tomorrow. Alex has been reporting for Land of the Giants for many months, and along the way he interviewed Tom. Facebook has a lot of challenges, but it seems like the biggest problem is TikTok: Facebook's problem is that it spent years – you spent years – building out a social graph that, it turns out, is less interesting than just being shown content that the company thinks you might like. Alison has been at Facebook for more than a decade and previously ran engineering for the News Feed, so he knows more than almost anyone about the history of feeds and where they are going.

Links: Land of the Giants Facebook is changing its algorithm to take on TikTok, leaked memo reveals Facebook is revamping its home feed to feel more like TikTok

Credits: Decoder is a production of The Verge, and part of the Vox Media Podcast Network. Today’s episode was produced by Creighton DeSimone and Jackie McDermott and it was edited by Callie Wright. The Decoder music is by Breakmaster Cylinder. Our Sr Audio Director is Andrew Marino. Our Editorial Director is Brooke Minters. And our Executive Producer is Eleanor Donovan. Learn more about your ad choices. Visit podcastchoices.com/adchoices

The brands are at it again

Reinventing marketing for the TikTok age

All the ways to make money as a creator

The company’s rollercoaster journey from covid crash to wedding boom

Is the metaverse going to suck? A conversation with Matthew Ball

Maybe it won’t be a dystopia?

How arson led to a culture reboot at Traeger, with CEO Jeremy Andrus

Nilay Patel talks to Dan McCoy, the chief innovation officer at the TSA